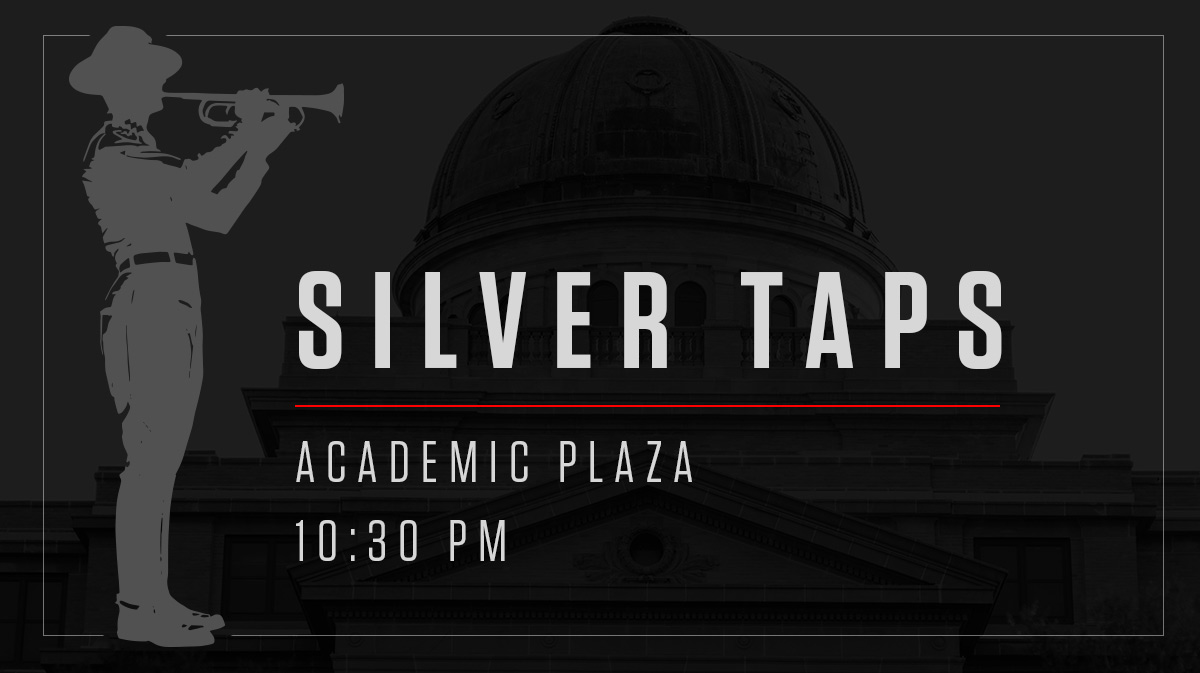 Silver Taps will be held at Texas A&M University Tuesday, Oct. 2, at 10:30 p.m. to honor the memory of two Aggies who died recently.

Honored students will include Thomas Pierce Followwill, a senior construction science major from Cuero, and Joseph William Little, a freshman from Houston.