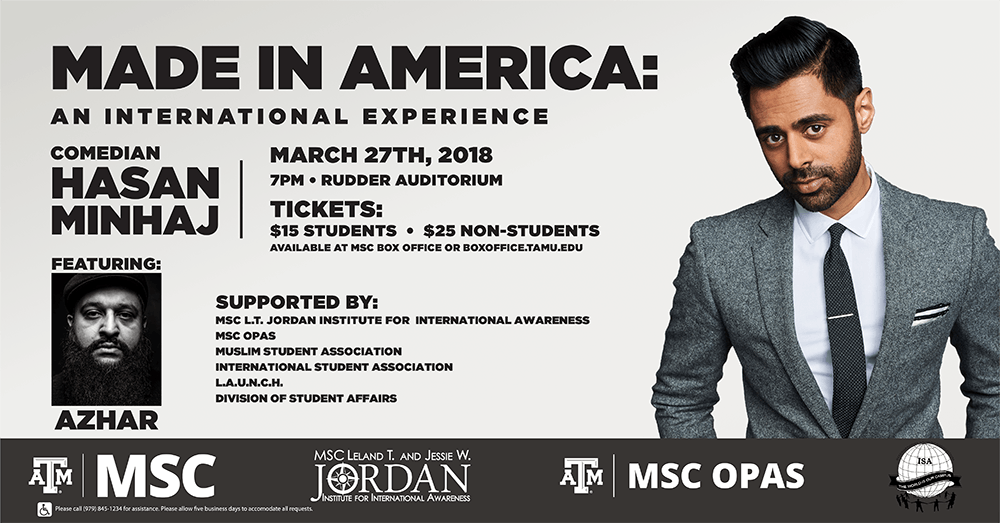 Hasan Minhaj, an actor, writer and comedian best known for his work as a correspondent for The Daily Show, will headline “Made in America: An International Experience” at Rudder Auditorium on the campus of Texas A&M University Tuesday, March 27 at 7 p.m.

In addition to his work on The Daily Show, Minhaj starred in his Netflix comedy special “Hasan Minhaj: Homecoming King” and was recently host of the annual White House Correspondents Dinner.

Usman is a standup comedian, actor, and writer from Chicago, where he is widely regarded as one of the city’s top standup comics. The former attorney has opened for comedy icon Dave Chappelle more than 50 times.

Tickets are on sale now, and are available at the MSC Box Office, or online at boxoffice.tamu.edu.