What You Need To Know About The Year Of The Rooster 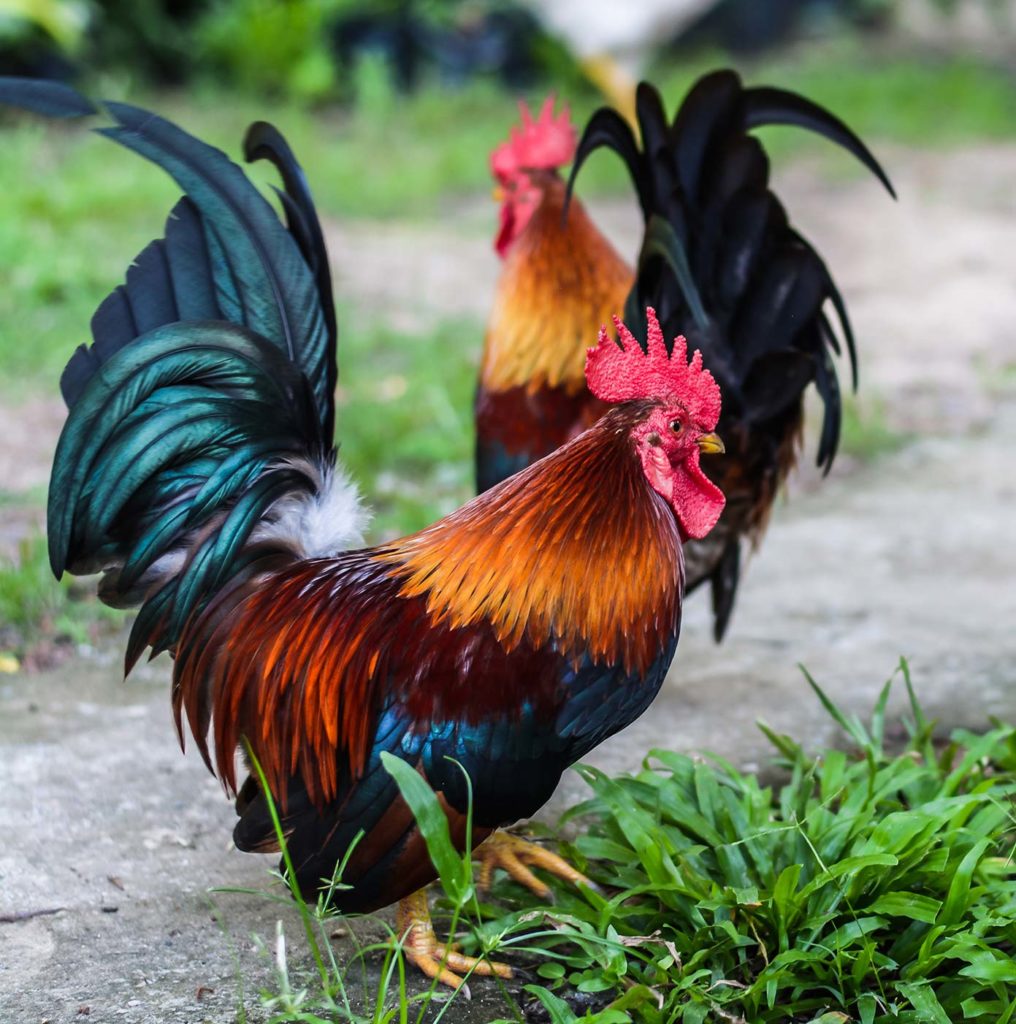 It’s the Chinese Year of the Rooster starting on Jan. 28, and that means it’s time for a refresher course on the familiar birds, which are of course male chickens.  They are one of the most interesting of all flying creatures, they have unique mannerisms that some might describe as poultry in motion, and when it comes to intelligence, they may be the Einsteins of the bird world.

For starters, says Christine Alvarado, an expert in the Department of Poultry Science at Texas A&M University, roosters and chickens have a strong evolutionary pattern that goes back millions of years. It’s believed they are the closest living relative to the ferocious and most feared dinosaur of all, Tyrannosaurus Rex, who no doubt could gobble up his share of McNuggets if still around today.

Legend has it that the rooster is one of the signs of the Chinese zodiac because it is associated with loyalty and keen observation. And in Greek mythology, it was believed that roosters could foretell the future.

Chickens and roosters have also developed a sense of social order among themselves, and sometimes one of them must be put in his or her place in chickendom – a literal pecking order.

And it might be handy to know that more chickens are raised for food than all other land animals combined.

“We do know that since the beginning of time, chickens were regarded as something special, that they had powers of divination, and it was believed they could foretell the future, they were considered good luck, could aid humans in making choices, etc.

“Not that long ago in many parts of the world, poultry was expensive and eaten only on special occasions,” she adds.  “But today’s poultry industry is able to produce inexpensive products that are a great source of protein, and as a result, poultry is eaten quite often.”

And why do roosters alert us at every sunrise?  They have a unique biological clock that tells them the sun is coming up, no doubt proving they are early birds and not night owls.

About Research at Texas A&M University: As one of the world’s leading research institutions, Texas A&M is in the vanguard in making significant contributions to the storehouse of knowledge, including that of science and technology. Research conducted at Texas A&M represented annual expenditures of more than $866.6 million in fiscal year 2015. Texas A&M ranked in the top 20 of the National Science Foundation’s Higher Education Research and Development survey (2014), based on expenditures of more than $854 million in fiscal year 2014. That research creates new knowledge that provides basic, fundamental and applied contributions resulting in many cases in economic benefits to the state, nation and world. To learn more, visit http://research.tamu.edu.