Chief diversity officer (CDO) positions are becoming more prevalent at colleges and universities, prompting the need for standards of professional practice, and Christine Stanley of Texas A&M University co-chaired the national taskforce that produced the first such guidance. The standards represent a formative advancement toward the professionalization of the CDO in institutions of higher education. 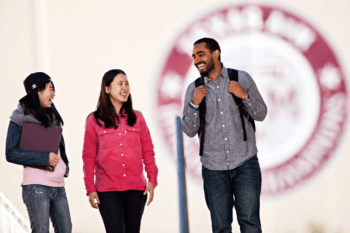 Stanley, along with Roger L. Worthington of the University of Maryland and William T. Lewis Sr. of Virginia Tech University, chaired the taskforce appointed by the National Association of Diversity Officers in Higher Education (NADOHE) to produce the document formally titled “Standards of Professional Practice for Chief Diversity Officers.”

Stanley holds the position of vice president and associate provost for diversity at Texas A&M and is also currently serving as acting vice provost for academic affairs. Additionally, she is a professor of higher education administration in the College of Education and Human Development.

Texas A&M created its chief diversity office in 2003 and Stanley has served in that capacity for the past five and a half years. In addition to her leadership position in NADOHE, she recently completed a two-year appointment to an advisory commission on inclusion for the American Council on Education (ACE).

Stanley has been instrumental in helping define the need for and institutional advantages of diversity in higher education–and has helped to position Texas A&M as a leader in such endeavors, noted Texas A&M Provost and Executive Vice President Karan Watson.

“Dr. Stanley’s knowledge and leadership in diversity-related matters has helped advance the mission of the university in welcoming and serving persons of all backgrounds, which is especially important as we address the needs of an increasingly diverse population and a global economy,” Watson said.

Stanley said the new NADOHE standards should serve higher education well as the CDO position becomes even more prevalent nationally—and those serving in such capacities or striving to become CDOs will have access to standards that articulate and advance our field now that formal guidelines are in place.

“It was a privilege to be asked by the National Association for Diversity Officers in Higher Education (NADOHE) to be part of a team to develop standards of professional practice for university chief diversity officers. Many peers and peer institutions consider this to be groundbreaking work, and to be a part of this change effort for the field and profession remains not only an unforgettable experience, but an opportunity for me to continue to reflect on and model the standards to help make Texas A&M University a welcoming place to all,” Stanley said.

NADOHE posted on its website the following overview regarding the taskforce’s work: “The standards established in this document are a formative advancement toward the increased professionalization of the CDO in institutions of higher education. These standards encompass a broad range of knowledge and practices that are reflected in the work of CDOs across differing professional and institutional contexts.

“The standards are useful as guideposts to help clarify and specify the scope and flexibility of the work of CDOs, and provide a set of guidelines to inform and assist individual administrators and institutions in aligning the work of CDOs on their campuses with the evolving characteristics of the profession. The standards take into account the relatively wide variations in professional backgrounds, expertise, organizational structures, fiscal resources, and scope of administrative authority that exist across institutional contexts.”