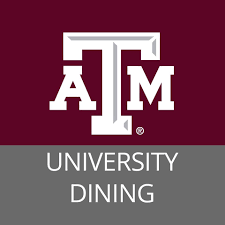 Eating healthy is a growing trend and Texas A&M’s Dining Services isn’t shying away from the challenge of providing wholesome and nutritious meals for Aggies.

In today’s world of fast-food loaded with fats and calories, Dining Services is rolling out the Tomato Bar, a facility that offers health-conscious individuals a healthy and tasty option to the world of pizza and burgers.

The Tomato Bar, which is located on the lower level of the Commons residence hall complex, was launched Monday and will be open Sunday through Friday from 10 a.m. to 10 p.m. Features of the facility include carved meats, made-to-order pastas and salads, homemade soups and vegetables.

At the salad and pasta bars, individuals get the added benefit of choosing the ingredients they would like to have. Once they make their choices, they give them to a member of the staff who then prepares their salad or pasta.

“We let them customize their meals,” says Siddiqui. “They can choose the ingredients they want. This is something that was needed; it was lacking on campus. The common theme is having choices and nutritious options. This showcases this new concept and is definite progress toward the changes that students are asking for.”

What Dining Services officials are hoping will be added selling points are their efforts to use organic produce and the elimination of trans fats whenever possible, even in the cream-based Alfredo sauce available on the pasta bar.

“We have taken the trans fats out,” says Senior Executive Chef Gary Arthur. “We are not making it [Alfredo sauce] with a pound of butter. There are some fats that are naturally occurring, but anywhere we can avoid trans fats, it is out. Anywhere we can use organic, it’s in. This is important to us.”

The facility had a three-day test run last week and if the early reviews are any indication, the Tomato Bar should enjoy plenty of success. During the trial run students, faculty and staff were treated to a free taste of the offerings.

On the final day, the line started to form before the facility opened and it included several who were returning for a second helping of the healthy fare.

“It is great,” says freshman Zach Whitt. “Usually when you want to eat healthy you only have a choice of a salad or something like that. Here you get pasta or salad and it is actually fresh. I will probably come here as often as I can.”

Fellow freshman Courtney McCrea, who like Whitt was back for a second time, says the facility reminded her of dining at home growing up.

“It is the kind of meal like my mom would make at home,” says McCrea. “She would put all the stuff on the table and we could choose what we wanted on our salads. I eat salads all the time, but here you have choices like craisins and artichoke hearts; it is great. It is rare that you can eat on campus and find healthy stuff. I usually just make this kind of stuff in my room. Now I will come here.”

While all of the foods received positive reviews during the shakedown session, it was the pasta bar that was receiving the most attention from diners. The line was long, and on the final day the staff was forced to add two more hot-plates and skillets for Arthur to blend diners’ ingredients with sauce and pasta. Even with the added stations, Arthur didn’t dish out his last concoction until 35 minutes after closing time.

“I stand there and I look at the line and I say, OK, that’s 15-20 minutes [that they will have to wait],” says Arthur. “I don’t think they would stand in line that long if it was not worth it. The comments have been great. It is easy to say it is great because it was free, but I think they are being truthful, our students are honest. I have heard over and over how happy they are that this is here.”

The eagerness with which the students seem to be welcoming the new dining experience had Siddiqui grinning from ear to ear Friday as he watched them move through the facility. Not only was he watching them, he was also chatting with them, seeking their input, of which he received plenty, including from one student who is already planning to show off the facility to family members.

“One of the kids said, ‘I’ll bring my parents here when they come so they can see that we can eat healthy on campus,’” Siddiqui said. “When I hear something like that I know we are on the right track.”